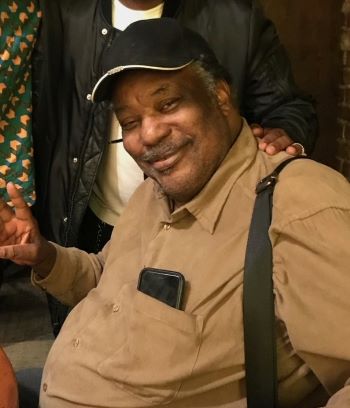 This last week has seen the death of two more music stalwarts – super session player JOHN BARNES and songwriter BOBBY WEINSTEIN. Neither were major players but both made significant contributions to the evolution of soul.

Barnes was a keyboardist who has died after a long illness. Born in Los Angeles, he was something of a musical prodigy and after leaving school signed with Motown where he worked with the Miracles and Leon Ware. He played keys on Marvin Gaye’s classic ‘I Want You’ LP. He went on to work with (amongst others) the Temptations, Whitney Houston, Gloria Gaynor (his is the famous intro on ‘I Will Survive’), Chaka Khan, Lionel Richie and Diana Ross. Perhaps  his most famous gig though was playing on Michael Jackson’s ‘Bad’ and after that album he continued to work with Jackson and his brothers. He also featured on ‘We Are The World’. More latterly he worked as a producer  and worked with various gospel choirs

Songwriter Bobby Weinstein (above) died on Wednesday 16th March, aged 82. From a soul perspective his most famous songs were those he composed with Teddy Randazzo – ‘Goin’ Out Of My Head’, It’s  Gonna Take A Miracle’, ‘Hurt So Bad’ and ‘I’m On The Outside Looking In’. Born in New York, he actually began his career as a singer in the group, The Legends and he later performed with Randazzo in his Revue Band.

Latterly he became an executive with the performing rights company, BMI. He also served on the board of the Songwriters Hall of Fame for over 24 years, assuming the role of its President from 1993 to 1999 and he was inducted into the Hall in 2007.