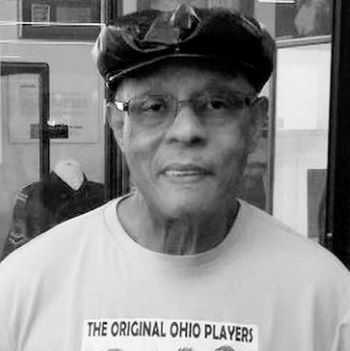 January continues to take its toll on the soul community with the news of the passing of two more genre stalwarts.

GREG WEBSTER, drummer with the OHIO PLAYERS died on Friday 14th January. He was aged 84 . His death was confirmed by his grandson, Mitchell Webster, who said his grandfather died at the Miami Valley Hospital in Dayton. He added his grandfather’s death was not expected, though he had been in the hospital since New Year’s Eve.

Webster was the Ohio Players’ drummer from 1964 to 1973 and played on the classic album ‘Pain And Pleasure’ and he also wrote the band’s biography, ‘The Early Years – The Ohio Players’ in 2001. He left the Players when the band left Westbound Records to sign with Mercury.

In a long career Webster also played with people like Jerry Butler, Charles Brown and Jimmy McGriff. In his later years he was still living in his hometown, Dayton where he was a fixture on the  local club scene.

The death has also been announced of doo-wop singer FRED PARRIS (above) – best known as a member of the FIVE SATINS. Parris died on Thursday 13th January, aged 85.

Parris formed The Five Satins in 1954 in New Haven, Connecticut and their biggest hit was  what was to become their  signature song, ‘In The Still of the Night’. Their other hits included ‘To The Aisle’ and ‘Shadows’.

Over the years Fred Parris kept the “Satins” brand going though with an ever changing line up. The group  found plenty of work on the oldies/nostalgia circuit and enjoyed a mini renaissance in the 80s on the back of TV shows like ‘Happy Days’. It’s believed that he was still working recently.

It’s also been confirmed that R DEAN TAYLOR has died. Rumours were circulating last week that the Canadian singer/songwriter had passed but his family have now confirmed the sad news. He died on Friday 7th January. It’s believed that he had been ill since contracting Covid late last year.