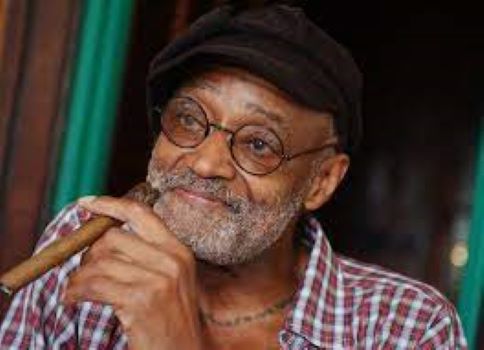 Van Peebles died on September 22nd, aged 89. Dubbed “the Godfather Of Black Cinema”, his most famous  movies included ‘Watermelon Man’ and ‘Sweet Sweetback’s Baadasssss Song’ – both helping to define a genre that became known as “blaxploitation”. A family statement paid tribute to his “relentless innovation”, while Oscar-winner Spike Lee said: “Damn, we have lost another giant!”

Pee Wee Ellis (left) was a giant too – a giant of the soul, funk and jazz sax. Ellis died on 24th  September. He was aged 80 and the news was revealed on the musician’s official Facebook page, where a message read: “With great sadness we have to announce that Pee Wee passed away last night following complications with his heart.”

Ellis will probably be best remembered for his work with James Brown but he was also important and influential in the music and careers of many others, notably Van Morrison. Ellis joined Brown’s band in 1967 and soon became de facto leader and is credited with helping Brown write some of his most famous songs, including ‘Say It Loud – I’m Black and I’m Proud’ and ‘Cold Sweat’. By the late 70s he was working with Van Morrison. Later in his career, he started his own group, called the Pee Wee Ellis Assembly, and was a member of Ginger Baker’s Jazz Confusion from 2012. He also played countless sessions.

Leading tributes to Ellis was Bootsy Collins, who wrote on Twitter: “We just lost another bandmate & legend, Mr. Alfred “Pee Wee” Ellis. He was a member of James Brown’s band in the 60s, recording many of Brown’s recordings “Cold Sweat”, “Say It Loud “. He also worked with Van Morrison. A silent genius & brilliant arrangements. Prayers to Family!”

ANDREA MARTIN (above) was maybe a little less known. She was a singer/songwriter  whose songs included ‘Don’t Let Go’ by En Vogue, ‘You’re The One’ by SWV, Toni Braxton’s ‘I Love Me Some Him’, ‘Melanie Fiona’s ‘It Kills Me’ and Angie Stone’s ‘Wish I Didn’t Miss You’. Her most recent notable song writing was Fantasia’s ‘Lose To Win’.

Ms. Martin also had her own recording career, scoring 90s hits with ‘Share The Love’ and ‘Let Me Return The Favour’. She was an in-demand  backup vocalist. She died aged just 49 on September 27th. No cause of death has been announced.