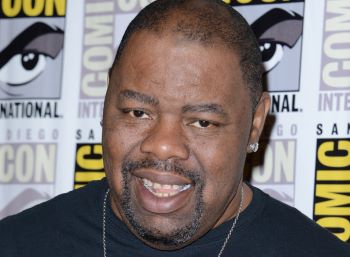 Legendary American rapper BIZ MARKIE (born Marcel Theo Hall) died on Friday 16th July. He was aged 57. His manager announced the sad news: “It is with profound sadness that we announce, this evening, with his wife Tara by his side, Hip Hop pioneer Biz Markie peacefully passed away. We are grateful for the many calls and prayers of support that we have received during this difficult time.” No cause of death was mentioned but he had been in poor health for some time and last year was hospitalized for several weeks for complications related to his Type 2 diabetes. Last month rumours circulated around the hip hop community that he had died.

Biz Markie enjoyed a string of hits in the 80s and 90s, notably ‘Just A Friend’ which sampled the 1968 Freddie Scott hit ‘You Got What I Need’ and ‘Alone Again’ which prompted  a successful lawsuit by Gilbert O’Sullivan, who hadn’t approved the use of his  ‘Alone Again (Naturally).’

BARBARA ALLBUT BROWN may not be a familiar name to most but for many years she was a key part of girl group, The Angels. US media is reporting her death on Sunday July 11th.

Few details are available save that she was 81. She formed her first group, the Starlets with her sister Phyllis Allbut and Linda Jansen in New Jersey. After a name change to the Angels, they scored a hit with the oft covered ‘My Boyfriend’s Back’(a 1963 USA pop #1). Their other successes included ‘I Adore Him’ (1963), ‘Thank You and Goodnight’ (1963), ‘Wow Wow Wee (He’s the Boy for Me)’ (1964), and ‘Papa’s Side of the Bed’ (1974)… all great examples of the classic girl group sound.

Linda Jansen died in 2019 and we believe that Phyllis Allbut (now Sirico) is still alive.