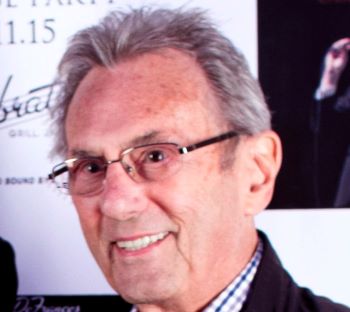 US  sources are reporting the recent deaths of two music stalwarts. First, it appears that garlanded recording engineer AL SCHMITT (pictured above) died on Tuesday 27th April. Schmitt won 20  Grammy awards in a long career and amongst those he engineered recordings on were Steely Dan, George Benson, Natalie Cole, Sam Cooke, Ray Charles, Michael Jackson and Quincy Jones. Indeed, he worked with most of the “greats” of US music in the second half of the 20th century including Frank Sinatra and Bob Dylan. Few details of Schmitt’s death are currently available save that he was 91.

It’s also being reported that MARK BUBBA BYNUM (pictured below) has recently died. Bynum was a sometime keyboardist  with Memphis soul and jazz band, the Bar Kays. The band’s Twitter feed has posted : We are sad to announce the passing of our keyboard player and beloved brother Mark Bubba Bynum of The Barkays. Our thoughts and prayers are with the family. Rest in Power Brother. We Love you Bubba. Mr. Unforgettable Dream.” Bynum also recorded solo and  for a time worked with MC Hammer.