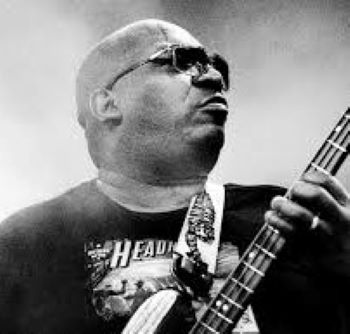 Jackson (born in   Oakland in March 1947) died on Thursday March 18th at his home in Japan. He was aged 73 and passed just 10 days before his 74th birthday. The news was shared by his close friend and drummer, Mike Clark: “I am profoundly grief stricken. My Brother and best friend in this life Paul Jackson passed away this morning (evening Japan time). I will miss you beyond any words that I can express.” No cause of death was given.

A child prodigy, Jackson was performing with the Oakland Symphony by age fourteen and went on to study at the San Francisco Conservatory of Music. He came to fame in the early ’70s when he joined Herbie Hancock’s band. The bassist played on the ground-breaking ‘Head Hunters’ album as well as several more Hancock classics. It was also at this time that he began working with drummer Mike Clark and the pair later recorded together as The Headhunters.

Jackson’s music appeared on the soundtrack to ‘Death Wish’ and ‘Dirty Harry’, and he also worked with The Pointer Sisters and Santana. He made his solo debut with 1978’s ‘Black Octopus’. His last album was 2014’s ‘Groove Or Die’.

Jackson relocated to Japan in 1985 where he was active on that country’s music scene and frequently toured Europe and the US.

Freddie Redd (born May 1929) was a pianist and composer who enjoyed success back in the 1950s and early ’60s, before slipping into a sort of semi-obscurity. He died on Wednesday March 17th in New York City. He was 92. His grandson Leslie Clarke announced his death on Facebook, without stating a cause.

Born in Harlem, Redd was raised by a single mother, and began playing the piano at an early age. He was self-taught and whilst serving in the US army in the Korean War he became a big jazz fan and on discharge he became a part of the New York jazz scene playing with people like Cootie Williams, Art Blakey and Charles Mingus.

In the late 1950s  he was invited to compose the music for a New York stage production of ‘The Connection’. His music was used in the subsequent film and Blue Note released the accompanying. Album. Despite the success of ‘The Connection’, Redd failed to build on it and relocated to Europe. He eventually returned to the US, settling in San Francisco where he recorded albums for Milestone and Steeplechase. A later move to Baltimore saw more recordings, notably ‘Baltimore Jazz Loft’.

Redd was predeceased by his wife, the former Valarie Lyons, and his children, Stephanie Redd and Freddie Redd Jr. In addition to grandson Clarke, he is survived by a stepdaughter, Susan Redd.