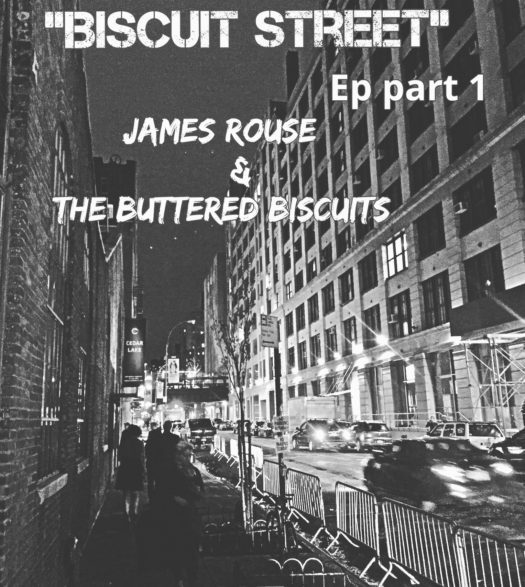 JAMES ROUSE is an in-demand American drummer who, for reasons never explained, rejoices in the nickname “BISCUIT”! In a long career he’s played alongside people like Nile Rodgers, Kindred the Family Soul, Lauryn Hill and most recently Syleena Johnson and Vivian Green.

Now fronting his own band, THE BUTTERED BISCUITS, James has just released his own EP, nicely called ‘Biscuit Street’. The six tracker is a pleasing mix of originals and well-chosen covers. Amongst those covers is smooth but jazzy take on Tears For Fears’ ‘Everybody Wants To Rule The World’ which features a great vocal from our man, Biscuit! Other featured singers on the set are William Galison and Allyson Williams.

Amongst the instrumentals is a feisty, funky ‘Biscuit Street’ for which the mini album is named. This one features James’ wife Charisa Rouse who’s known as the “Violin Diva”.. and you can hear why!

BISCUIT STREET is out now.