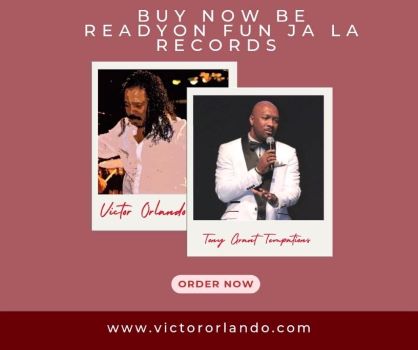 Victor Orlando is known as “the percussionist to the stars”. His rhythmic talents have been used by people  like the Gap   Band, Buddy Miles, Billy Preston, Yarbrough and Peoples, and LL Cool J. A multi-tasker, he’s also a well-known songwriter, actor comedian, writer, producer and director.

Right now though he’s busy promoting a vibrant dance single with the simple title , ‘Time 2 Party.’ That title says it all really and yes, it’s a proper foot tapper with Vic’s drumming driving things along with a message that says, c’mon we’ve all suffered with the lockdowns… now it’s time to party!

Though Orlando’s name is up there on the marquee, ‘Time 2 Party’ is an ensemble piece with input from rapper DJ Unieq, a Santana style guitar break and vocals from new(ish) member of the Temptations, Anthony Grant.

If my memory’s serves me right, the track surfaced last year, so I’m guessing that it’s being re-promoted! Out now!