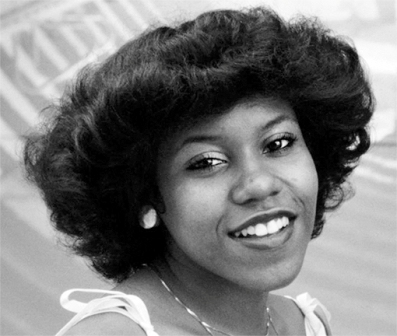 PAMELA HUTCHINSON a sometime member of the EMOTIONS died on Friday 18th September. She was aged 61 and it seems she had been ill for some time. The group’s Facebook page announced: “In loving memory, we are saddened to announce the passing of our sister, Pamela Rose Hutchinson, on Friday, September 18, 2020. Pam succumbed to health challenges that she’d been battling for several years. Now our beautiful sister will sing amongst the angels in heaven in perfect peace. Thank you and as always, You Got The Best of Our Love. The Emotions.”

Pamela was born in Chicago in 1959, the youngest of four sisters; her three elder sisters were Sheila, Wanda and Jeanette Hutchinson and they all began their singing careers in various gospel groups before the three eldest were eventually signed as a secular group to Stax/Volt. By common consent their best Stax outing was ‘So I Can Love You’, though plenty of the Northern congregation revere their ‘Blind Alley’.

The group enjoyed an upsurge of popularity when they hooked up with Maurice White of Earth Wind And Fire.  With White they recorded a series of successful albums and enjoyed huge hits with ‘Best Of My Love’ and ‘Boogie Wonderland’ – a collaboration with EWF. Youngest sister, Pamela worked with her sisters during this period, substituting during sabbaticals and working both onstage and in the studio. She was often referred to as “The Fourth Emotion”. Pamela eventually became a permanent member of the band in the early 2000s.