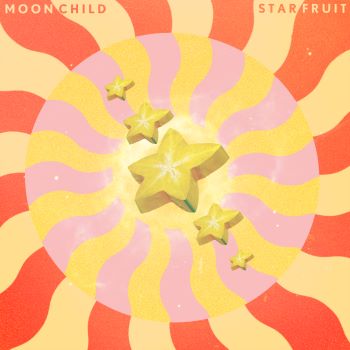 Followers of the chill will know all about LA-based trio, MOONCHILD. They are Amber Navran, Mix Bryk and Andris Mattson and their long player, ‘Please Rewind’ won them lots of friends on the chill out/ambient/nu-age jazz n’soul circuit, amongst them Gilles Peterson.

The follow up, the 13 track, ‘Voyager’ offered more of the same – music that was spacey, cosmic, ethereal and atmospheric aided by FX that included the sounds of a waterfall recorded in the Yosemite National Park.

Moonchild are now promoting their fifth album, another very cool set, ‘Starfruit’ which were told “reflects the respect, musical understanding, and love the trio have for each other”. From a soul point of view, I guess the album’s USP would be the presence of Lalah Hathaway on the opening track, ‘Tell Him’. She sings as sweetly as ever with the track setting up the laid-back ambience that runs through the set.

The album’s other guests include Alex Isley, Tank and The Bangas, Rapsody, Ill Camille, Mumu Fresh, Chantae Cann and Josh Johnson. Alex (Ernie Isley’s daughter) fronts the gentle ‘You Got One’ while the rap and  rhyming contingent add variety to the collection. Their contributions are never in your face – they’re organic and add considerably to the album’s overall vibe – that mood heightened by Amber Navran’s laid-back, other worldly vocals.

‘Starfruit’ is clever without  being intellectual, relaxing, mediative and laid back. It could be played end to end at the Café Del Mar or any Balearic chill bar while Pilates and yoga teachers will find plenty of treasures. Above all it takes listeners to another world – a world away from the pandemic, Russian belligerence, bickering politicians and countless other day to day irritations. That’s no bad thing, is it?