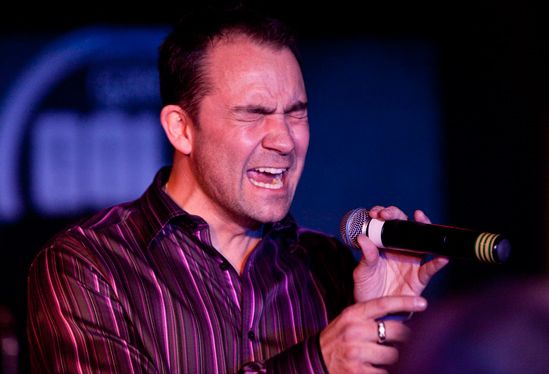 KENNY THOMAS launched his new album, ‘Breathe’, with a sell-out show at London’s Jazz cafe on September 2nd…. we sent our roving reporter ROB GIBSON along to check it out…

Put KENNY right where he is most comfortable – in front of a live band and with a stunning array of well-crafted and melodic tunes – old and new – and you’re assured of one thing…. KT will deliver! The passion for his craft is written all over his face and with faultless delivery it’s small wonder he’s lauded with adjectives like ‘legend’ and “gifted”.

The live arena is where he comes into his own. He commands the stage and performs with the skill of a truly seasoned performer easily the equal of his peers and you can’t fail to notice that its 100% ALL about the music.

KENNY’S set was delivered with gusto and included renditions of old classics intermingled with tracks from the new album, ‘ Breathe’, which slotted right in and flowed seamlessly alongside the anthemic tunes that brought him to prominence in the first place.

Included was the first release from the album – ‘The Show Is Over’ . This one, you might remember, was penned by MRS FRANCISCA THOMAS, and it’s built on a slightly different vibe to KENNY’S usual material. The LP’s title track, ‘Breathe’, with its gospel overtones, went down well with the partisan crowd, as did ‘Baby It’s You’. Also making their first outings were ‘Unconditional Love’ , ‘How Do I Let You Go’, ‘Troubled Man’ and ‘Act Like You Know’.

It was also immensely rewarding for those who ventured out to hear the extremely clever ‘ I Will ‘ in a live setting…. (a tribute to Mezzafortes’s Garden Party’) and ‘Him’ which has now graduated into underground legend ……not forgetting renditions of ‘Stay’ and ‘Crazy World’ that shook the foundations of the old Jazz Cafe. You can see for yourself on YouTube!! www.kennythomas.info/you-tube.html

KENNY will be touring the show in the near future – keep an eye on KENNY’S web site for details – www.kennythomas.info