OUT OF THE SHADOWS… 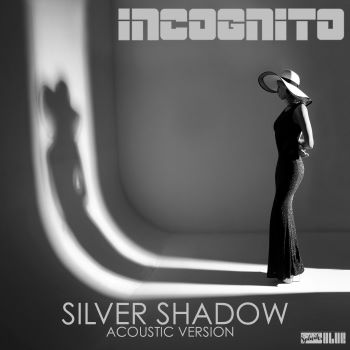 Latest offering from BLUEY MAUNICK’S Splash Blue label is lovely, new acoustic treatment of Atlantic Starr’s ‘Silver Shadow’ from INCOGNITO.  Since its release in 1985, the beguiling original recording has become a modern soul staple and the Bluey-led Incognito have often featured in in their live sets. Then in 2014 it was a focus track on Incognito’s ‘Amplified Soul’ album and it quickly became a fan favourite.

Bluey and his Incognito team recently revisited the song, and you may know that his new, acoustic version was a highlight on the recent ‘Luxury Soul Family 2021’ collection from Expansion. The interest has been so great that Incognito are now releasing the lovely new treatment as a stand alone single. Featuring a gentle, sensitive vocal from Vanessa Haynes, the acoustic flavour offers a fresh perspective on a much-loved song. It really does prove that less can be more.

The Incognito acoustic version of ‘Silver Shadow’ will be released on Digital Download, Worldwide on 5th February 2021.