OUT OF THE BLUE! 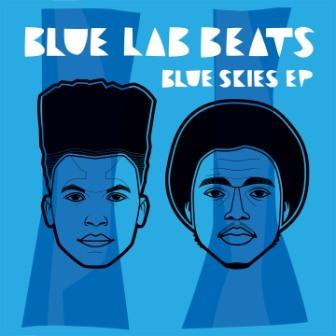 Blue Lab Beats call their own sound and style “raw but also sophisticated, musical but not introvert ” and you can make up your own minds about those adjectives via a listen to their new EP… ‘Blue Skies’.

The four tracker is fronted by the title cut… a languid, atmospheric groove with electronic beats and a hint of Donald Byrd about the trumpet parts. ‘Movement’ offers more of the same atmospheric moods while ‘Skippy’ is a little chillier. The mini album’s vocal is ‘Sweet Thing’ which femme input that channels Erykah, Macy and Corinne. Yes, it’s a tad off the wall but has a neo-soul charm all of its own.

Another diligent internet search will lead you straight to Blue Lab Beats, who are named, by the way, from the infamous Blue Lab Studios where they cut their music.