OUT OF THE ASHES…. 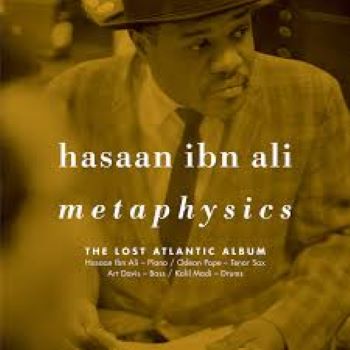 60s jazz collectors will be delighted to learn that a long-lost album on cult pianist HASAAN IBN ALI is to be released on Omnivore Record on March 5th.

Ali was born William Henry Langford in Philadelphia in 1931 but took on his new identity in homage to medieval Muslim poet and scholar, Hasaan Ibn Ali. Ali came to prominence playing with drummer Max Roach in the mid-60s and Roach’s connection with Atlantic Records led to Ali recording a whole album for the venerable label. However, before the album was finally mixed and mastered, the pianist was jailed on drugs charges and Atlantic execs shelved the 1965 release. Thirteen year later the Atlantic warehouse in New Jersey was burned to the ground and with it the tapes to Ali’s album! And that it seemed was that as Ali became a periphery jazz figure eventually passing away in 1980 aged just 48. Contemporary reports simply say that he’d been reckless with his health.

Fast forward to just a few years ago when an acetate of Ali’s long-lost LP surfaced. The music was intact and has been mastered by Grammy winning engineer Michael Graves. With notes from Alan Sukoening and Lewis Porter, Hasaan Ibn Ali’s ‘Metaphysics – the Lost Atlantic Album’ will be released on Omnivore Records on March 5th. The album personnel were – Ali, piano; Odean Pope, tenor sax; Art Davis, bass and Kalil Madi, drums – all are profiled in the liner notes.