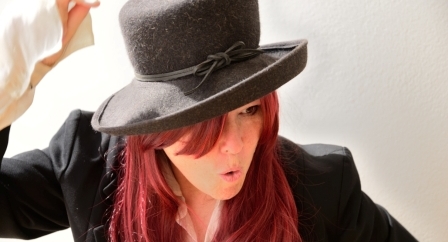 A graduate of the Manchester funk scene, DE L’AFRIQUE is the youngest daughter of a 1970s single-mother colonial deportee who learned early on to celebrate her mixed race heritage through music. She cites her musical influences as Donny Hathaway, the AWB, Gladys Knight and Rufus and she now works with award winning songwriter Russ Courtenay (credits include work for Tina Turner and Gloria Gaynor).

The pair are putting the finishing touches to de l’Afrique’s debut EP, ’79th Street’ and already the lead cut…. a feisty, edgy version of the Temptations’ ‘Papa Was A Rolling Stone’ is picking up airplay on the best soul stations and winning positive reactions right across the UK. Like all the best cover versions, here de l’Afrique attempts something quite different but, singing from her soul (her estranged father was a violent alcoholic), she offers real positivity.

The EP is due for an early summer release and you can learn more @ www.delafrique.co.uk