OUT IN THE SUN 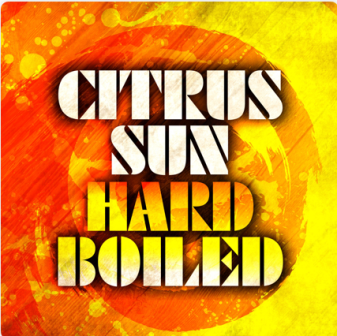 CITRUS SUN are a loose and lovely UK soul and jazz and funk band built around the mighty talents of guitar man Jim Mullen. A certain Bluey Mauncik is big fan of the band. Indeed he’s a sort of honorary member and back in 2014 he produced their tip top ‘People Of Tomorrow’ album.

The Citrus Sun crowd are preparing a new LP… ‘Expansions and Visions’ which will be released by Dome Records “some time soon”. While we wait, there’s the lead single to enjoy…. a summery, jazz funk instrumental,  ‘Hard Boiled’ which features the remarkable harmonica playing of 22 year old Indonesian musician Rega Dauna. Co-written by Bluey, yes, there’s a flavour of Incognito about proceedings but that harmonica makes it really special as too does some sweet trumpet licks courtesy of Dominic Glover. Out now.