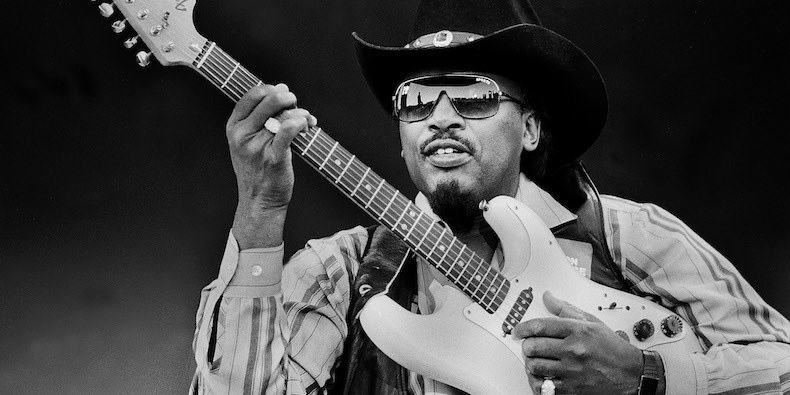 Chicago blues legend, OTIS RUSH died yesterday, Saturday 29th September. He was aged 84 and it seems that cause of death was a series of complications related to a stroke he suffered in 2003.

The left-handed guitarist was born in Philadelphia, a small town in Mississippi, but eventually settled in Chicago as an adult and began playing the local clubs, wearing a trademark cowboy hat and sometimes playing his guitar upside down for effect. Contracted to Cobra Records he enjoyed his first success in 1956 with ‘I Can’t Quit You Baby’. More hits and acclaim followed and artists like Carlos Santana, Eric Clapton and Jimmy Page are always quick to cite Rush as a major influence on their blues-based guitar style.

Rush was one of blues’ great modernisers – however he never quite received he same acclaim that say, Muddy Waters enjoyed. The reason, it seems, is that Rush loved Chicago so much he eschewed opportunities to join too many major tours across the States and aboard. His long time manager Rick Bates said that Otis preferred to go out and play and go back and sleep in his own bed. Adding, “He was not a show business guy.”

Despite that Rush was inducted into the Blues Foundation Hall of Fame in 1984 and won a Grammy for best traditional blues recording in 1999 for ‘Any Place I’m Going’.

Gregg Parker, CEO and a founder of the Chicago Blues Museum has posted: “He was one of the last great blues guitar heroes. He was an electric god,”