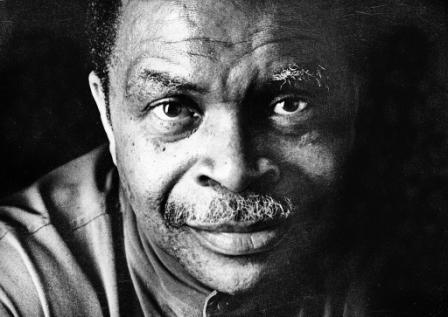 Revered soul and blues man OTIS CLAY died on Thursday 9th January in Chicago. He was aged 73 and US news agencies suggest that cause of death was a heart attack.

Born in rural Mississippi in 1942, Otis and his family moved to Indiana in the 50s where young Otis joined a local gospel group, before returning south with the Christian Travellers. He settled in Chicago in 1957 and after working the gospel circuit he switched to “the devil’s music” in 1962. Without any success, he quickly returned to gospel. Then, working out of Nashville, he starred with the Gospel Songbirds, who also had future Chess soul man Maurice Dollinson (aka cash McCall) in their number.

By the mid sixties Clay was back in Chicago where he signed with One-Der-Ful. His first success was ’67’s ‘That’s How It Is (When You’re In Love)’ and after a couple more minor hits he joined Atlantic after One-Der-Ful folded. Clay’s discs came out on Atlantic subsidiary Cotillion and he scored with his label debut, a cover of ‘She’s About A Mover’.

In 1971 Clay switched to Hi, working again with Willie Mitchell who’d produced some of his Cotillion outings. At Hi Otis evolved his distinctive blues-tinged soul style, epitomised by his biggest hit ‘Trying To Live My Life Without You’ (the song was, of course later covered by Bob Seger).

After Hi, Otis Clay recorded for labels like Kayvette, Elka, Rounder, Bullseye and Echoes (his own imprint). At Echoes he cut the original version of the George Jackson song, ‘The Only Way Is Up’.

Otis Clay continued to work until very recently and was a popular guest at European and Japanese soul and blues festivals and in 2013 he was inducted into the Blues Hall Of Fame.

In tribute blues producer and club owner Ronny “Moondog” Esser posted: “Otis Clay was a true gentleman of the blues. He was always so cool and friendly and just grateful to have the attention — almost seeming like he didn’t deserve it. So many musicians feel entitled or under-appreciated. Otis was the exact opposite.”