OTIS BLUE … AND THEN SOME. 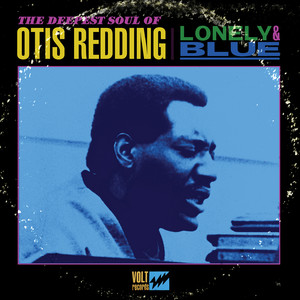 Some 45 years after his death. OTIS REDDING remains the undoubted King Of Soul. To remind us of that salient fact, Stax/Volt (through Concord Records) has just released a stupendous 12 tracker on the man.

‘The Deepest Soul Of Otis Redding’ is an album of REDDING material that Stax/Volt might have released in the late 60s. In fact the whole appearance and look of the set says that it’s a 60s artefact… but it’s not. It’s a brand new compilation of some of the best of the King’s deep soul songs … songs of heartbreak and yearning – of which REDDING fans know there were many.

Some of OTIS’ biggest hits are included – ‘I’ve Been Loving You To Long’, ‘These Arms Of Mine’ and ‘My Lover’s Prayer’ amongst them, but the LP also features plenty of lesser-known gems like the dramatic ‘Gone Again’ and ‘Waste Of Time’. There’s also a few real collectors’ items like an alternative version of ‘I’ve Got Dreams To Remember’ – which features different and darker lyrics than the better known version.

Importantly the songs haven’t been chosen because they were hits or because they’re collectable, but because they fit a theme. Producer DAVID GORMAN says, “Given how nobody delivered a gut-wrenching sad song like OTIS, I always thought he should have made an album you could put on late at night and settle into with a glass of something strong. The mood and the subject of every song here is the same – OTIS heartbroken and begging for love. I tried to find the saddest most potently heartbreaking songs he ever sang with no regard for chart position or notoriety”.

Patently, GORMAN has succeeded – and his meticulous approach is even applied to the packaging and art work. The whole thing looks like a mid 60 Stax/Volt album. The art work, typography, colour scheme – even the presentation of the sleeve notes are eerily authentic

Could this be the best ever deep soul album OTIS REDDING ever made? Make up your own mind… but it certainly underlines his right to the title “King Of Soul”