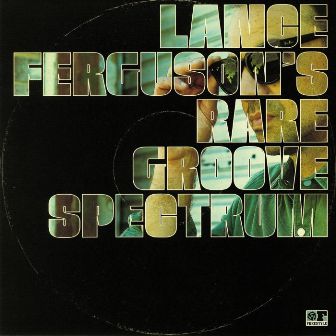 LANCE FERGUSON is an Aussie soul multi tasker. He fronts the fabulous Bamboos, works solo as Lanu and has collaborated with each and every Aussie soul “name” – notably – The Putbacks, Cookin’ On Three Burners, Hiatus Kaiyote and Kylie Auldist.

Last autumn he launched his newest soul adventure – the ambitious RARE GROVE SPECTRUM. The project’s aim was/is to dig out some ultra rare and classic soul and funk tunes and re-record them with a 21st century Aussie twist. He says: “These new versions can be almost looked at as DJ re-edits. Sometimes we’re extending what may be a really short track into something longer, or teasing out he elements in a song that really make it work on the dance floor. It’s essentially what someone does with a club re-edit except we went the extra step and re-recorded the whole thing with a live band.”

Rare Groove Spectrum debuted late last year with the double A sided single which paired ‘Egg Roll’ with ‘The Dump’. Originally recorded by the M&S Band, the former is really hard to find while the latter was originally a minor hit for The Soul Vibrations.

The parent album has just been released on Freestyle Records and the 12 tracker is a joy from beginning to end, mirroring Ferguson’s love and respect for the genre. Amongst the highlights are new versions of Milton Nascimento’s ‘Brazilian Rhymes’, Googie Rene’s mod classic ‘Smokey Joe’s La La’, James Mason’s ‘Sweet Power Of Your Embrace’ and Anderson Paak’s ‘Am I Wrong’. Fans of the really rare will love the Northern treatment of ‘A Love I Believe’ – the original cut is ultra rare and credited to Betty Semper and the Donnie Elbert Band.