ON THE OTHER SIDE… 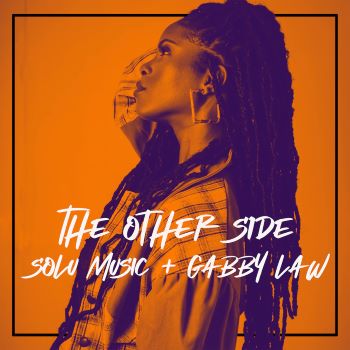 SOLU MUSIC are a New York-based song writing / producer duo of Howie Caspe and Dano Nathanson. They  broke through in 2001 with their first release, ‘Fade’  a classy mix of  house, soul, R&B, and world music that established a signature sound. After their album ‘’Affirmation’ we didn’t hear too much from ‘em till a “comeback” this July with ‘Feeling Love Again’. It featured all that we remembered that was good about the Solus and it was topped by a soulful vocal from Gabby Law.

Ms Law’s at the mic for the duo’s latest offering…. The Other Side’. This one’s a hypnotic, deep  bass groove with throbbing rhythms (ooh Matron!!). It’s properly infectious and Ms Laws’ is in top soulful, yet insouciant form.

‘The Other Side’ will be released on Traxsource promo October 14th / Full release October 28th 2022 on Solu Music.