ON THE LONDON AFROBEAT 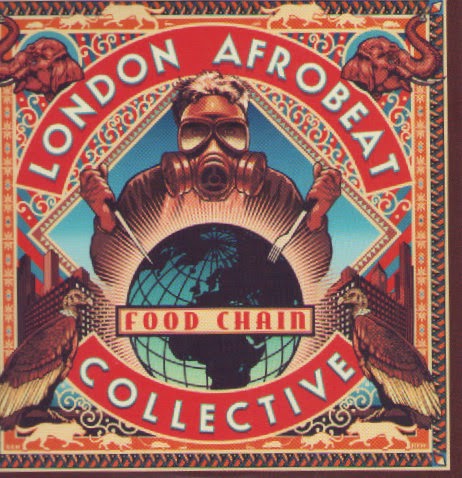 THE LONDON AFROBEAT COLLECTIVE are a 10 piece band who are firm favourites on the UK Festival scene and in and around the London clubs. Fronted by feisty chanteuse Funke Adeleke, they cook up a live storm and have already been confirmed to play Glastonbury on 27th June with the rest of the diary full with a series of more festivals and club gigs.

Catch the flavour of the band via their new album, ‘FOOD CHAIN’ which is released on 25th May. The long player is a concise 8 tracker featuring the band’s big, brassy, busy, ultra danceable sound maybe best typified by the funky chant that is ‘Say What You Mean’. Elsewhere ‘I No Be Criminal’ has a reggae inflection while on ”Celebrity Culture’ and ‘First World Problems’ the Collective show they’re not afraid to voice some provocative opinions.

LONDON AFROBEAT COLLECTIVE’S ‘FOOD CHAIN’ IS RELEASED ON 25 MAY.