ON THE GROOVE LINE … 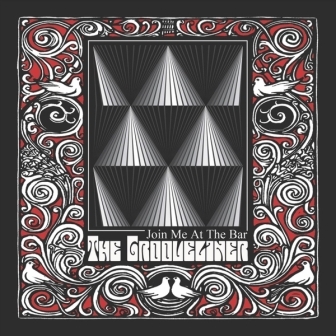 The Grooveliner is a six piece soul and funk band operating in and around St. Louis, Missouri and they’ve just released their second full length album…. ‘Join Me At The Bar’.

The band got together in 2015 and though they never intended to label themselves as a genre-specific band, the overall sound on ‘Join Me at the Bar’ is rough and tough organic brass led funk and soul best typified by this LP’s big vocal track… ‘Baby Goodbye’. Singer here is St Louis’ Ryan Stewart and between them (singer and band) they plough an old school southern soul style furrow. The set’s first single is a touch different. ‘Sexy/Psycho’ is a chanted, funk groove prefaced by some Hendrix style guitar and yes it does, in places, hark back to the so called “psycho soul” of Norman Whitfield. “Sexy”? Well you can make up your own minds.

Elsewhere, well the oddly named ‘Messenger Illiterate (Take It To Eli)’ is gentle with a country/blues flavour (think Tony Joe White)…. Ryan Stewart at the mic again. If you want some intricate brass work then try ‘Chicago Five Finger Discount Shuffle’ – the three piece brass section dominate as they do through the whole nine tracks…. all originals by the way.

The Grooveliner: ‘Join Me At The Bar’ is out now