ON THE BAYSWATER BEAT! 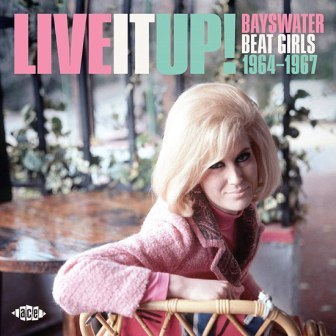 Back in the glorious 60s the UK music business was very different to the way it is today. Much like the USA, it was dominated by major label groups and with a few exceptions, independent set ups rarely got a look in. The UK music giants were EMI, Decca, Pye and Philips and for their newest compilation Ace Records turn their retrospective focus on the last label in that list … and more specifically on the female artists who recorded there.

Philips (and subsidiaries Fontana and Mercury) was based in the heart of swinging London – Stanhope Place, Bayswater and it rode the 60s music revolution with panache moving swiftly from MOR product from people like Shirley Bassey, Dickie Valentine and Frankie Laine (who’s work they licensed from the US) through to the beat boom. Their roster included Wayne Fontana, the Walker Brothers, the Merseybeats, the Spencer Davis Group and underrated Scouse band, the Escorts. Remember too that Philips/Fontana were one of the first UK labels to license music from an upstart US indie called Motown!

Naturally Philips had a pool of female talent too and on ‘Live It Up! Bayswater Beat Girls’, the Ace team line up a generous 25 tracks showcasing the best of their output. The jewel in the Philips crown was a certain Dusty Springfield. She gets two cuts here – ‘Heartbeat’ and her version of an early Leon Huff song, ‘Live It Up!’ for which the album is named.

Dusty’s soul sister, Madeline Bell gets one track ‘I Really Got Carried Away’ while future Motowner, Kiki Dee offers ‘With A Kiss’ and ‘Small Town’. Soul collectors will also be familiar with Sharon Tandy. She contributes two tracks here including a sweet version of Deon Jackson’s ‘Love Makes The World Go Round’. Carol Keyes delivers another great soul cover – a take on the Smokey song, ‘You Beat Me To The Punch’.

Ms Keyes is representative of many of the artists here – wannabees or at best one hit wonders like Susan Maughan and the Caravelles but that doesn’t make their contributions any the less important. They all played their own special part in that wonderful musical decade.

‘LIVE IT UP! BAYSWATER BEAT GIRLS’ is out now on Ace Records