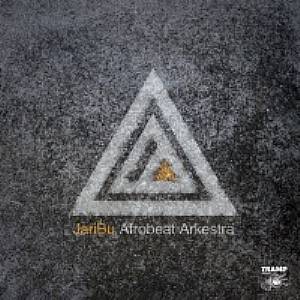 Hailing from Tokyo, JARIBU AFROBEAT ARKESTRA is a 13-piece ensemble that plays its own brand of “Afrobeat” music. Yes all the way from Japan! Inspired by people like Fela Kuti and Tony Allen the group, however, throw in all kinds of other elements too – funk, dance, jazz and that proverbial kitchen sink to create something at once very different but at the same time oddly intoxicating.

The band released its debut album in 2009 and returned in 2012 with its sophomore effort, ‘Mediacracy’. Now they’ve just unleashed their third LP on the eclectic German label, Tramp Records. The set’s called ‘Jaribu’ (from the Swahili word for “try” or “test”) and it features the band’s blaring horns, wild guitar, funky beats and all kinds of everything across 10 in-your-face tracks. Hear the full frontal assault at its peak on ‘One By One’ while if you’re looking for something a little gentler try the busy, bustling ‘Wild Pansy’.