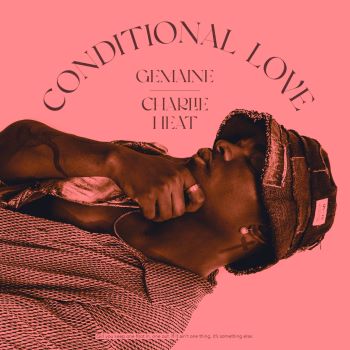 GEMAINE is a Los Angeles musician – drummer and self-taught pianist turned singer, songwriter and producer. First introduced to music in church, he began singing publicly at the age of 18, when a video he recorded at a local Guitar Centre and uploaded to the TikTok predecessor, Vine, transformed him into a viral sensation.

Right now he’s putting the finishing touches to an album, ‘New Jack City’ (due April 15th) from which two classy singles have raised his profile even higher within the R&B community. The album is actually a collaboration with producer DJ Charlie Heat and the duo have just released the LP’s third single – an edgy, groove heavy ‘Conditional Love’.

Gemaine explains, “This song is about being honest in relationships. For a while it was fun to play the game and be down for conditional love because at the time I wanted the same thing. It was purely transactional. She gave me what I wanted and I did the same for her, but we both knew it wasn’t real love and that was fine.”

We’re told that the upcoming album (and indeed the ‘Conditional Love’ track) draws  inspiration from “the pace and swagger of gangster films like the gritty 1991 thriller ‘New Jack City’, offering  a spacious musical signature that lends cinematic flair to even the most effervescent jams”. See how accurate that is via your own investigations… it’s out now!