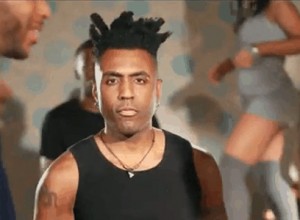 UK soul star OMAR returns to the fray in June with a brand new summer-flavoured single, ‘Dancing’. The cut is collaboration with ZED BIAS (aka MADDSLINKY) and will be released on Tru Thoughts on 27th June. OMAR had previously worked with MADDSLINKY on the latter’s 2010 single ‘Special’ and on ‘Dancing’ they’ve crafted a cut that will appeal to adventurous radio programmers and discerning club DJs alike . It’s a pacey tune with a steel drum figure running throughout and all topped with ZED BIAS’S unique energy.

The single is a precursor to the Tru Thoughts reissue of OMAR’S ‘Sing’ album which , of course, featured collaborations with STEVIE WONDER, ESTELLE, ANGIE STONE and COMMON. ‘Dancing’ is one of two new cuts added to the album reissue. The other is a BOB SINCLAR remix of ‘It’s So’

The single ‘Dancing’ will be available digitally and in limited edition vinyl. The album ‘Sing’ is re-released on 18th July.