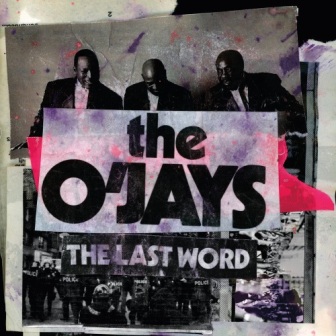 Last Autumn, out of nowhere, it seemed, the legendary O’JAYS (now made up of Eddie Levert, Walter Williams, and Eric Nolan Grant,) announced that in 2020 they would retire from the music biz. The announcement came with the release of the single ‘Above The Law’ – a tough, hard hitting throwback to their socially conscious music of the 70s.

We were told that the single was from an upcoming new long player… and, alleluia!, the release of the album has been confirmed for April. Confirming their retirement, the LP is to be called ‘The Last Word’ and as a taster, the trio have just released a new single. The delicious hors d’oeuvre is a wonderful ‘I Got You’ – another reminder of the great days of Philly – this time the lush. smooth and sophisticated sound of what Gamble and Huff and their team did best! It’s a corker and could be no one else but the O’Jays!

Anoraks will be delighted to know that ‘I Got You’ (along with other album tracks) was produced by Betty Wright.