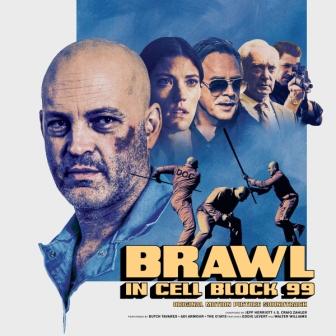 Don’t be alarmed by the headline! No, the legendary Philly hit makers, THE O’JAYS, have not been involved in some wild fight; rather they just contributed two songs to a new movie ‘BRAWL IN CELL BLOCK 99’.

The film is the sophomore feature from musician and director S. Craig Zahler and it follows the brutal exploits of a former boxer who finds himself incarcerated after a drug deal goes wrong. Trapped in a maximum security facility, he must fight to stay alive and to protect those he loves. The film stars Vince Vaughn, Jennifer Carpenter, Tom Guiry, and Don Johnson.

The soundtrack features two tunes from the O’Jays – the Philly flavoured, up-tempo ‘Buddy’s Business’ and the broody ballad, ‘God Bless My Mama’. Other music on the soundtrack comes from Butch Tavares and Adi Amour and between them they cook up a proper blaxploitation feel.

BRAWL IN CELL BLOCK 99 – The Original Motion Picture Soundtrack will be available digitally from October 13th on Lakeshore Records.