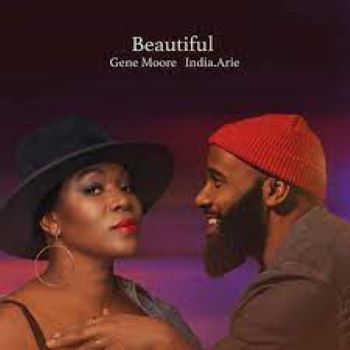 Son of a preacher man, Houston’s GENE MOORE is currently making waves with his latest single, ‘Beautiful’ – a duet with India.Airie.

Serious soul fans will know that Gene is a rising star on the US gospel circuit and he’s signed to Motown’s Gospel EGS imprint. His  way into the business was via his time as a radio announcer with various Christian stations; he then decided that maybe he could make it as a singer in his own right and he was soon signed by Motown. His album debut for the label was 2017’s ‘The Future’ which spawned the soul connoisseur’s favourite ‘Coming Back Home’. His second album was 2019’s ‘Tunnel Vison’.

We’re guessing that Mr is working on a new album and (again, a guess), the lovely ‘Beautiful’ will be featured on it. The track is everything contemporary soul should be – melodic, impactful, convincingly delivered and believable. Yes, it’s a gospel song, but its message can be taken in a secular context too. Believers and non-believers will  find an awful lot to connect with here.

The art work (above) shows Gene channelling his inner Marvin (circa ‘Let’s Get It On’) and we’d like  to think that MPG would have been mighty pleased to have crafted something like this himself.

Once again thanks to Mark Turner @  https://soulstrutter.blogspot.com/ for sourcing this one.