OFFICIAL. THE WAIT’S OVER 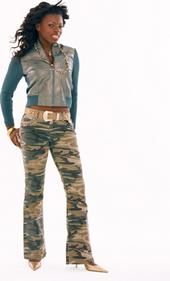 As previously reported in www.soulandjazzandfunk.com legendary producer/ writer/ performer/ entrepreneur and all round muso JIMMY LEVINE has been busy building a new label – Mo-Philly Music Group. Now the organization is set to make its first official release, a single – ‘It’s Over Now’ from new soul chanteuse SHANTEL. Passionately delivered, the song rides a classic medium tempo groove and perfectly marries 21st century sensitivities with old school soul emotion. It’s the lead single from SHANTEL’S debut album, ‘Arize… It’s Time To Shine,’ which will be available very soon. In the meantime ‘It’s Over Now’ is in stores (real and virtual) from the end of July and distribution is via Active Media Distribution/Universal Media Operations Ltd UK.

Tags: OFFICIAL. THE WAIT'S OVER