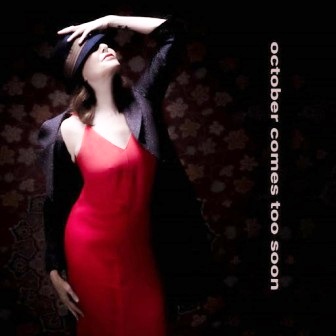 GINA KRONSTADT is a US jazz musician with a 43 year career behind her! She began playing violin and quickly became a first choice session player. Her credits range from Aerosmith through to Burt Bacharach and onto George Harrison and many, many others. Major shoulder surgery meant playing violin was becoming more and more difficult so Gina turned to singing and song writing as therapy. Those efforts will bear tangible results when her album ‘October Comes Too Soon’ wins release on Falloff Records in March.

Gina describes the album (which she wrote, produced and arranged) as “musings on the nexus between what makes great friendships work between men and women, and the x-factor that looms over the possibilities for the deeper intimacy of love.” There you go…. sonically, it’s an engaging, accessible, smooth and sophisticated 8 item song cycle that in places might recall Norah Jones’ breakthrough work and in others the sound of Lindsey Webster. Immediate attention grabber is the light, Latin-tinged ‘Forever In A Row’ complete with sweet brass fills and a lovely Rhodes solo (John Beasley). The album’s title track is more sombre while the opening ‘Simple Man’ perhaps best sums up the LP’s overall, gentle soundscape and intimate, personal messages.