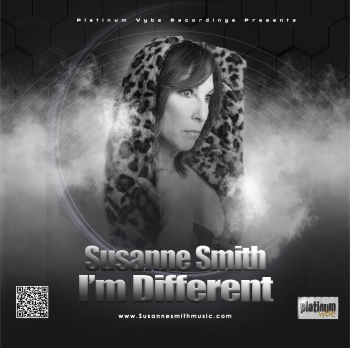 SUSANNE SMITH is a blue-eyed singer/songwriter who grew up in Charlotte, North Carolina where she was surrounded by what she calls “Old School Soul” and R&B music. And that was  the vibe on her debut album, ‘Finally’ – named for the fact that “finally” she’d decided to step out on her own after being an in-demand session singer.

The same old school soul vibe is evident on Susanne’s latest single… a steady, mid-tempo groove, ‘I’m Different’. It’s a pleasing soul earworm which shows off the singer’s remarkable 4 octave range.  The tune is causing a buzz Stateside and has already broken into the UK soul chart. It’s out now via Platinum Vybe