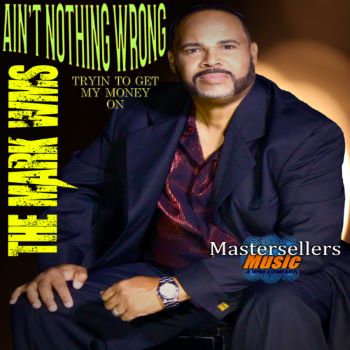 The label says the artist is THE MARK WILLIAMS. Odd, but it seems that The Mark Williams is a “singer-songwriter who specializes in bridging the gap between today’s hip hop/trap & classic old school R&B, creating a sound that has its own identity without compromising either genre”. Try his assertion via his latest single, ‘Ain’t Nothing Wrong’ .

The cut is a smooth and slinky groove that owes more than a little to Marvin Gaye – but that’s no bad thing, is it? We’re told that ‘Ain’t Nothing Wrong’  is from an upcoming album which is proudly called ‘All The Hits’. His people say that each track on the long player “has only one purpose, goal, and interest and that the storyline touches you in your feet or soul. Mark is not a singer that leaves you wondering what he is up to in his music. He slips from one romantic conquest to the next with an unvarying approach to the interest of his audience. Is he the Marvin Gaye, Curtis Mayfield, Barry White, Smokey or Ron Isley of today?”

Sounds interesting. We look forward to it. In the meantime, ‘Ain’t Nothing Wrong’  is out now via Mastersellers Music.