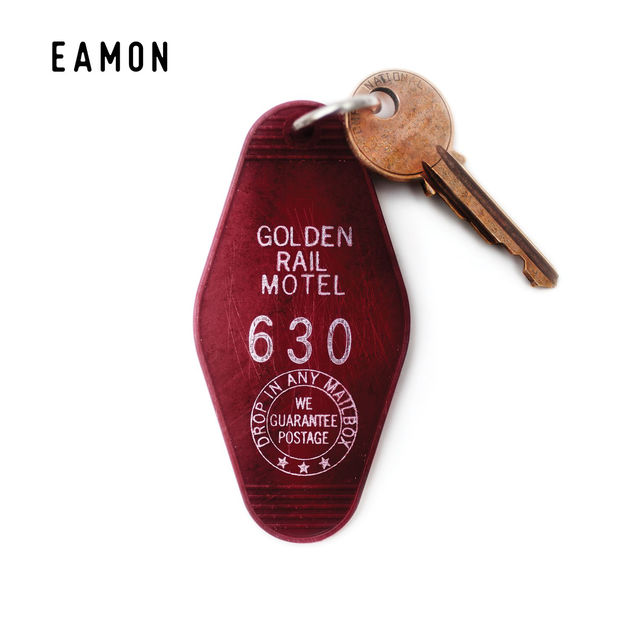 If your memory’s better than mine, you may well remember the hit ‘Fuck it… I Don’t Want You Back’. That was about ten years ago and the artist, of course, was the enigmatic EAMON. Well we didn’t get much more from young Eamon after that… and the man himself is honest enough to explain why: “I had a problem. I was a young kid with a lot of money who didn’t know how to deal with fame.” A familiar story yes… Eamon admits that the demands that come with fame derailed him for a time and he says that life quickly became a struggle.

Now though, Eamon’s getting things back on track and he’s all set to release a new album on September 15th. The 10 song set is called ‘Golden Rail Motel’ and it’s stuffed with music that’s right on the current R&B vibe… a tough, organic sound that’s contemporary but with its roots in soul’s Golden Age. Producers Stoupe and Dan Ubick have used Connie Price and the Keystones as the band throughout and with Eamon in top form they’ve achieved a sound that will please fans of the whole Daptone thing. Have a listen to the bouncy ‘Run’ to hear what I mean.

Two other soul highlights are ‘Be My Girl’ and the obviously named ‘I Got Soul’. Both are homages to soul’s early days and both boast more than hint of classic doo-wop. “My father and his friends had a doo-wop group” recounts Eamon. “Growing up, in my house was always filled with music. On any night you’d have four guys singing doo-wop in the living room. This was my normal”.

Normal or not, Eamon’s back and meaning business. You can check into the GOLDEN RAIL MOTEL from September 15th. The album’s released on Huey Ave Music/Enemy Soil Records.