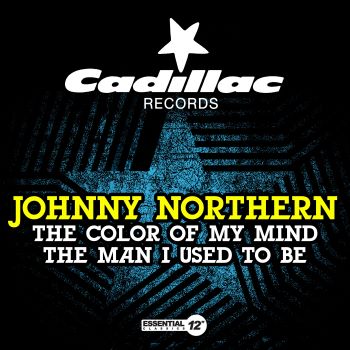 The wonderfully named JOHNNY NORTHERN is an obscure, cult soul man who started his career working with Jerry Williams Jr., (AKA Swamp Dogg) as lead vocalist with The Detroit Magnificents. He later struck out on his own and his best known outing was a 1980 single ‘The Colour Of My Mind’ b/w ‘The Man I Used To Be’ on Cadillac Records. The recordings were produced by Horace Ott and over the years (yep, you guessed) the disc has become hugely collectable.

So, a revamped Cadillac Records have wisely decided to reissue it, making it available digitally and remastered for the very first time.

Despite his name, Johnny’s sound isn’t “northern”! ‘The Colour Of My Mind’ is a gentle southern-flavored ballad with a country feel and a homespun lyric… think Joe Simon. There’s a country soul flavour to the more up-tempo ‘The Man I Used To Be’ too and you’ll need to know that the music’s released today, 20th May.