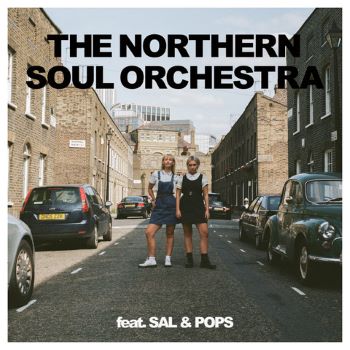 THE NORTHERN SOUL ORCHESTRA is a music collective featuring a team of top European session players and late last year the guys teamed up with two English singers from Stoke-On-Trent, England. The girls go by the names  SAL and POPS and amongst other things they host a YOUTUBE channel called Passion & The Veins. The channel is dedicated to Northern soul dancing (give it a try!) and when members of the Northern Soul Orchestra saw some of the footage, they invited the two girls to record with them.

The first fruit of the collaboration was the single ‘What If’ – written and produced by Swedish soul and blues guitarist Anders Lewen and now the team follow that up with a cover of a genuine Northern tune…. Bobby Moore and the Rhythm Aces’ 1966 Chess outing ’Try My Love Again’.

Chess collectors will know the tune is rough-hewn and infectious and the new version retains all that special infectiousness, but producers Johan Wetterberg and Michel Zitron add a subtle ska flavour to make the cut a little different but just as foot tapping and head nodding. The girls throw plenty of energy at the song and, yes, it’s not authentic “Northern” but, for sure, it will please plenty of the Northern soul community and more besides.

THE NORTHERN SOUL ORCHESTRA feat SAL and POPS; ’Try My Love Again’ is out now on AMIGO/COSMOS.