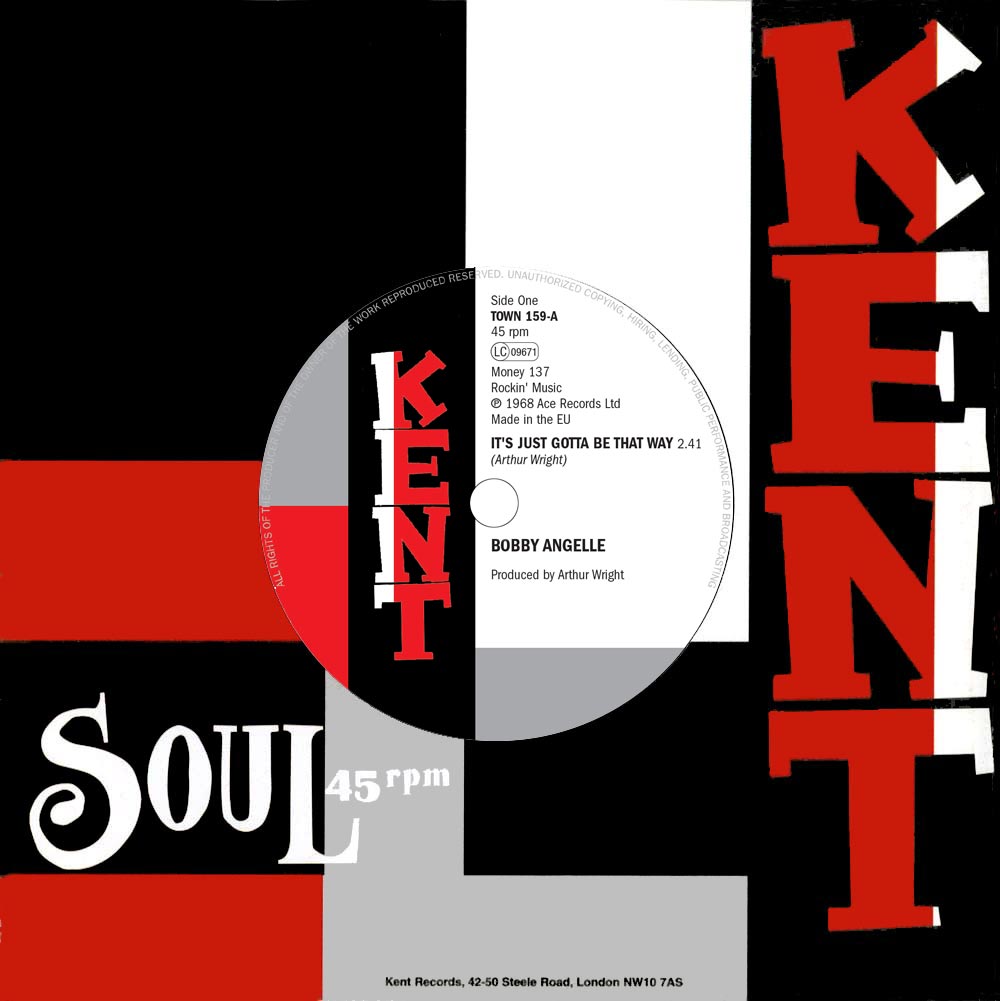 Avid UK TV viewers will know all about the Shredded Wheat advertisement that features an old Northern souler capturing his heyday and generally getting the most out of life thanks to those whispy, wheaty things!

The music on the ad is a collectable Northern gem from BOBBY ANGELLE called ‘It’s Just Gotta Be That Way’. Originally recorded for the Money label, it’s a great mid sixties mover written and produced by Arthur Wright and till now has been hard to find and it’s never been issued in the UK on vinyl. To remedy this, Ace soul subsidiary, Kent has just released the tune on 7″ and it’s available right now and sure to be a future collectors’ item. Flip, by the way, is a version of the Drifters ‘There Goes My Baby’.