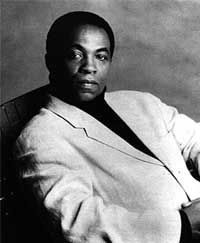 Soul-wise, 2009 looks to be getting off to a great start with the release in February of producer extraordinaire and multi instrumentalist NORMAN CONNORS’ brand new album – ‘Star Power’. The title doesn’t just relate to the LP’s lead track but also to the incredible line-up of artists who have worked with CONNORS on the project. The ‘Star Power’ guests include BOBBY LYLE, CHRISTOPHER WILLIAMS, HOWARD HEWETT, KENYA HATHAWAY, ANTOINETTE MANGANAS, RAY PARKER JR, PEABO BRYSON, MARION MEADOWS, MICHAEL HENDERSON, WILL WHEATON, NORMAN BROWN and PAUL JACKSON JR while some of the arrangements come courtesy of the legendary H.B. BARNUM. The album is CONNORS’ first full project for seven years and is released on the ever-reliable SHANACHIE label. Music wise, the set’s a mix of instrumentals and vocals with NORMAN also revisiting his classic ‘You Are My Starship’. One cut, the opener – ‘Used To Be’ (featuring CHRISTOPHER WILLIAMS and BOBBY LYLE) – is already shaping up to be one of 2009’s top modern soul anthems. “This record feels so good”, explains CONNORS. “All of these guys who join me on the album are my boys. It’s like one big fraternity”…full review on www.soulandjazzandfunk.com very soon