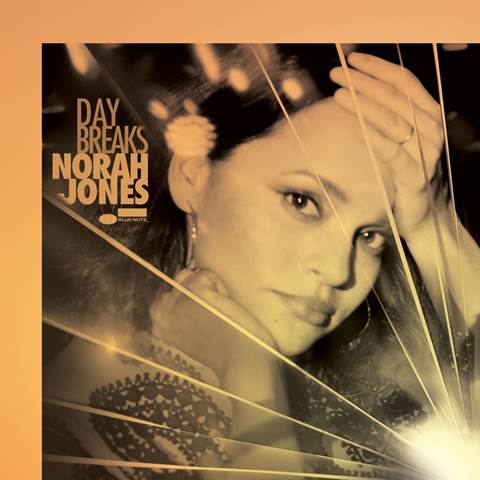 The New York-born singer/songwriter who shot to fame in 2002 with her mega-successful debut album, ‘Come Away With Me,’ releases her sixth long player, titled ‘Day Breaks’ via Blue Note on October 7th. It features nine new original compositions plus Norah’s unique interpretations of songs by Horace Silver, Duke Ellington and Neil Young.

It marks the 37-year-old chanteuse’s return to singing while accompanying herself on piano following several albums where the singer experimented with guitar playing. “This new album feels full circle because I’m going back to my early influences,” says Norah. “After the first record, I drifted away from the piano a little bit. I still played it, but was more inspired to write on guitar. I really loved playing piano on this record.”

Accompanying Norah on this album are stellar jazz musicians in the shape of veteran saxophonist, Wayne Shorter, organist, Dr. Lonnie Smith, and drummer Brain Blade. A single from the album, the gospel-meets-country-flavoured  ‘Carry On,’ is already available digitally.

NORAH JONES visits the UK on November 14th 2016, playing at the London Palladium.

Look out for a full review of ‘Day Breaks’ soon at SJF.