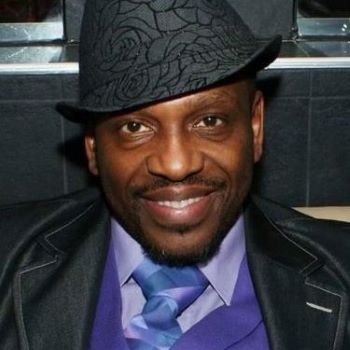 UK soul singer,  NOEL MCKOY died on Thursday 3rd. November. The shock news (Noel was just 62) was announced by his friend the singer, Omar. No further details are  forthcoming.

Born in South London, Noel was a long time  mainstay of the UK soul scene. As a session singer he worked with anyone and everyone and also enjoyed  his own successful solo career. Amongst those he worked with are Stevie Wonder, Chaka Khan, Gladys Knight, Mica Paris, Beverley Knight, Omar, Courtney Pine, The Sounds Of Blackness and Snowboy.  Whisper it – but he also worked with Cliff Richard! He also worked with Ian Levine on some of that DJ/producer’s Northern soul projects.

Noel began his career with  his family band “McKoy”, lining up with his siblings Cornell, Junette and Robin. That was followed by a spell fronting the James Taylor Quartet, before his talents led him to the session/BV circuit. He released a clutch of acclaimed albums in his own right (the most recent being 2019’s ‘People Make Changes’) and more latterly recorded as part of the British Collective (with Don E, Junior Giscombe, Leee John and Omar.) His recent collaborations include work with Zed Soul and Bluey’s Citrus Sound.