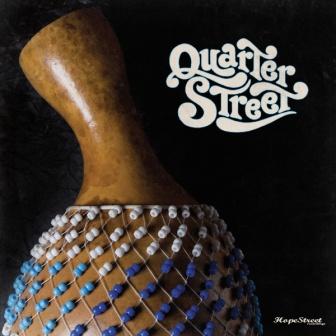 QUARTER STREET are an Australian band who despite their antipodean location offer an unusually authentic take on all things Latin!

The band’s core consists of Sergio Botero, Luis Poblete and brothers Cesar and Christian Saavedra. They’re all children of parents who fled to Australia in the 70s and 80s to escape the various coups that were sweeping the Latin world. The boys grew up listening to Salsa and the logical move was to form a band… a band now so popular in and around Melbourne that they’ve just released their debut LP.

‘QUARTER STREET’ by Quarter Street is out now on Hope Street Recordings.