NO BETTER THAN PAUL… 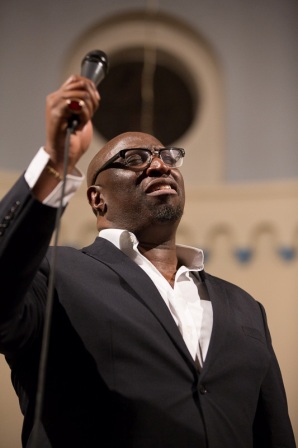 UK soul collectors will have great memories of the wonderful PAUL JOHNSON. His musical journey began when he was living in New York in the 70s and became exposed to the wonders of gospel music. Back in the UK he then worked with the gospel group, Paradise and the London Community Choir. A meeting with Junior Giscombe led to bv work for people like Paul Weller, Billy Bragg, the Smiths and the Communards.

A solo recording deal beckoned and in the late 80s he released two albums on CBS and enjoyed some success with the single, ‘When Love Comes Calling’. Paul then went on to work with Bryan Ferry, Stevie Wonder, Bros, Mica Paris, Juliet Roberts, Loose Ends, Al Green, Tom Robinson, Cliff Richard, George Michael, Soul II Soul, Glen Goldsmith, Steven Dante, M People and Bluey Maunick of Incognito. Paul also ran his own production company and for a time managed UK soul man, Shaun Escoffery but of course he kept on making his own records too with his ‘To Be Wanted’ often cited as one the UK’s best home-grown soul singles.

In the new millennium, though, Paul distanced himself from music and took a job in an inner city further education college working with disadvantaged students. However music biz insiders knew just what he could do and he’s recently been tempted back into the studio to record just one more single… the lovely, soulful, mid-tempo groove ‘Better Than This’. The tune’s just won release via Expansion on 7″ and, naturally, through the usual internet platforms.

The song currently comes in two very different mixes. First up is an edgy tweak from 4 hero’s Dego and Kaidi that has a special mesmeric quality. The modern soul crowd, though, will, I’m sure, prefer the smoother Soul Talk mix which has all the qualities that make a tune a proper anthem. There’s a definite Frankie Beverly and Maze feel to this one. Whatever mix you opt for, however, the beauty of Paul Johnson’s wondrous voice shines through.

We’re told that there’s a Frankie Knuckles mix in the pipeline too and all the mixes will be dropped onto 12″ vinyl especially for Record Store day – April 19th.