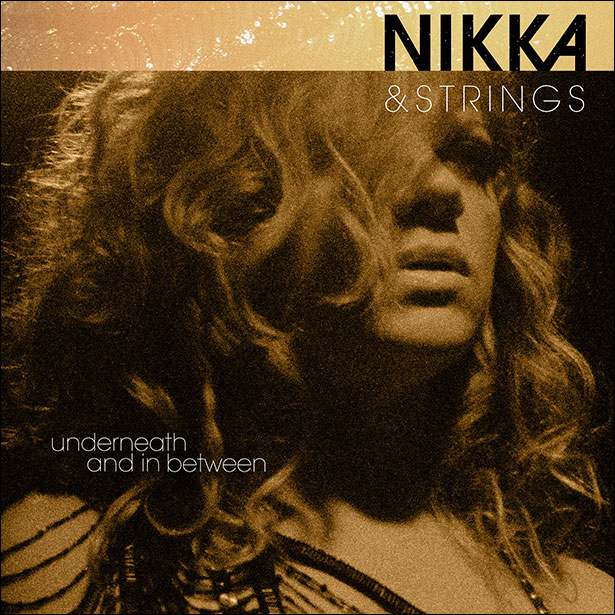 Tokyo-born US singer and songwriter, NIKKA COSTA, has worked alongside the best of the best – from Frank Sinatra (her father, Don Costa, was an arranger for ‘Ol’ Blues Eyes’) and Prince to Ray Charles, Ben Harper and Lenny Kravitz. She scored an international hit single in 2001 in the shape of ‘Like A Feather,’ taken from her Virgin LP,  ‘Everybody Got Their Something.’  Since then she’s released two more albums, ‘can’tneverdidnothin’ in 2005 and ‘Pebble To A Pearl’ via Stax in 2008. Now, the singer, who made her first recording aged five, is soon to release her eighth album, ‘Nikka & Strings, Underneath And In Between’ on the Metropolis label.

The album is preceded by the digital single, ‘Nothing Compares 2 U’ (see the video here: https://youtu.be/GXxLTNBDVmI), her stirring cover of the Prince song that was previously covered by The Family and Sinead O’Connor.  The new collection of songs was recorded in a day and is produced by Justin Stanley and Bob Clearmountain, who frame Costa’s searingly soulful pipes with the rich sonorities of a string quartet. In terms of its material, the album features original songs (‘Headfirst’ is a stunner) but also includes the singer’s takes on classic material that ranges from the Smokey Robinson-co-penned/Marvin Gaye-associated  ‘Ain’t That Peculiar’ to ‘Don’t Let The Sun Catch You Crying’ and ‘Stormy Weather.’ The singer also serves up her own stupendous version of the Sinatra tune, ‘Come Rain Or Come Shine,’ where she adapts an arrangement that her father wrote for the ‘Chairman Of The Board.’

Read SJF’s review of ‘Pebble To A Pearl’ here: http://www.soulandjazzandfunk.com/reviews/694-pebble-to-a-pearl.html