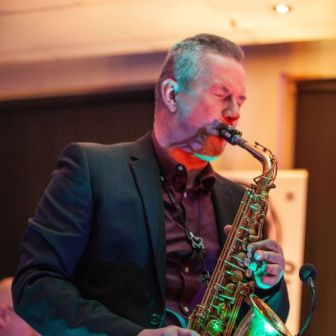 ‘Night Breeze’ is the title track from the debut solo EP of Essex soul and jazz sax man IAN THOMPSON. Though his name might not be familiar to you, his sensual sound sure will. You see Ian’s been playing on the UK soul session scene for over a decade and his sax work has graced recordings by people like Jonathan Butler, Kenny Thomas, Drizabone, Carleen Anderson, pop band ABC and more recently, Georgie B’s Groove Association.

You should also be familiar with the tune. ‘Night Breeze’ was originally written by Bobby Lyle and most famously recorded by Ronnie Laws. There’s also a wonderful vocal version from Jean Carn with sax support from the great Stanley Turrentine.

Ian’s cover pays homage to the Ronnie Laws version – Ronnie is one of his heroes and influences. Ian Thompson’s ‘Night Breeze’ comes in two mixes – the original and a sinuous “Latin vibe” mix. It’s out now