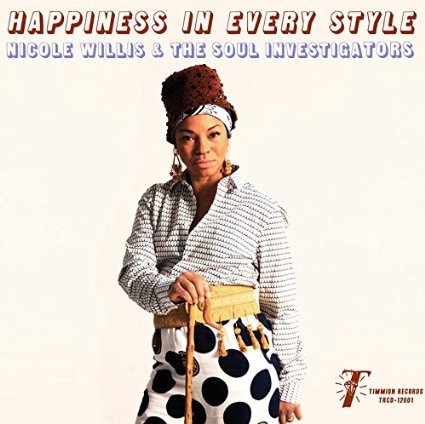 Native New Yorker, Brooklyn-born NICOLE WILLIS, and her band, The Soul Investigators, follow up their second album together, 2013’s ‘Tortured Soul,’  with ‘Happiness In Every Style.’  The new album, their third in ten years, was preceded by the super-soulful Northern Soul-style single ‘One In A Million’ in August and comprises eleven tracks, an organic mixture of svelte retro-flavoured dancers and pleading old school ballads.

For those that have followed Ms. Willis and The Soul Investigators since their 2005 acclaimed debut, ‘Keep Reachin’ Up’  won’t be disappointed by this new LP, which lives up to its title.

The album is released by Timmion Records on October 2nd October.