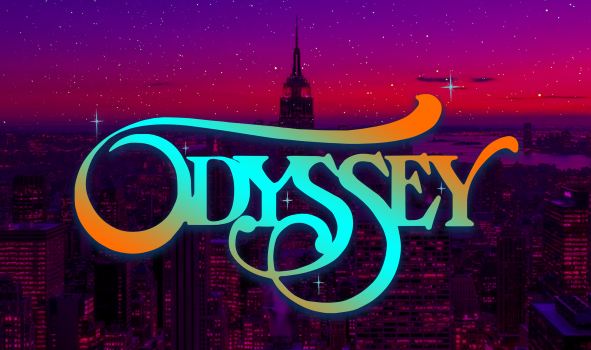 The line up on that recording was Lillian and Louise Lopez alongside Tony Reynolds. Sadly, all three originals have passed away, but an incarnation of Odyssey is still working, and the new line up now seems to be Steven Collazo (Lillian Lopez’s son) alongside  KayJay Sutherland and  Michelle John. We believe that the trio are preparing a new album, ‘The Journey Continues’ for release later in the year but in the meantime, they’ve just released a single – a jaunty dancer called (rather appropriately) ‘New York City’. Confusingly, the song features the distinctive lead voice of the late Lillian Lopez (she passed away in 2012), so clearly this is an old recording. We believe it comes from a 2008 album called ‘Peace For The Children’. However, for this current release it’s been given  a new mix (The “SAC Groove” mix) and it really does conjure up the same sort of Big Apple excitement that the classic ‘Native New Yorker’ did. It’s out now!

(TRIVIA ANSWER! The original version of  ‘Native New Yorker’ was by Frankie Valli. It was featured on his 1977 LP ‘Lady Put The Light Out’. The Odyssey version follows closely the Valli arrangement. In 1978 Esther Phillips recorded an earthier version)