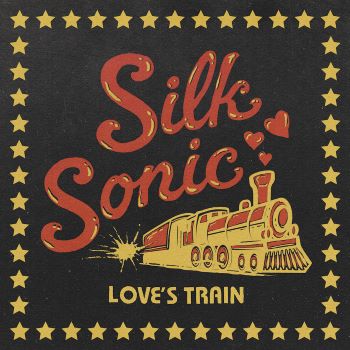 Two very pleasing new singles have just been released by a pair of big names  – SILK SONIC and MARIO BIONDI. Interestingly, both releases are covers of classic soul songs.

Silk Sonic (yes, essentially Bruno Mars / Anderson.Paak) offer their  take on the old ConFunkShun hit, ‘Love’s Train’. This is a non-album track by the way but like that long player, this ‘Love’s Train’ shows the duo’s current love for 80s music. This new version doesn’t stray too far from the original and the star duo are in great form.

Italian soul and jazz man Mario Biondi has just released his take on the Lou Rawls’ perennial ‘You’ll Never Find Another Love Like Mine’.  Again, this version isn’t  a million miles away from that classic original – maybe just a little  jazzier, while Signor Biondi channels his inner Barry White rather than trying to mimic Lou Rawls.