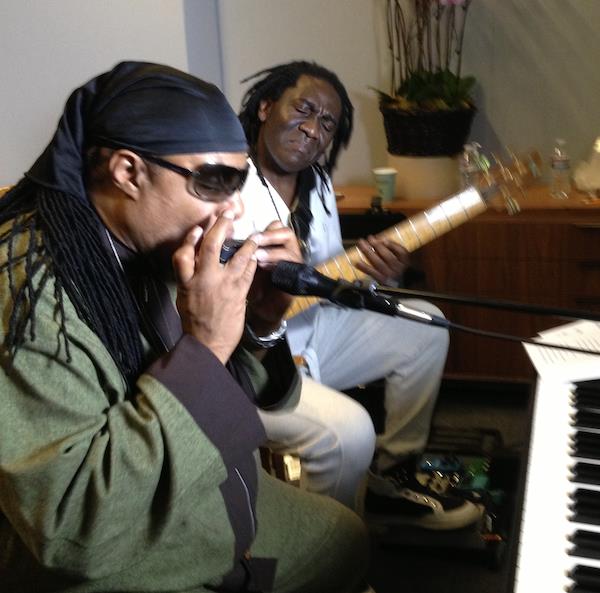 Reports circulating in the French media suggest that STEVIE WONDER is set to release a new record. Sources say that the multi-Grammy winner’s new long player is a collaborative effort with French-based, Cameroon-born bassist RICHARD BONA (pictured here working with STEVIE). The pair, it seems, have been working on a set of STEVIE songs (some of his oldies and some brand new ones) and have just finished adding sweetening courtesy of the LONDON SYMPHONY ORCHESTRA. Ominously, the reports also add that STEVIE says that this will definitely be his last album!

However, Stateside rumours conjecture that STEVIE actually has three albums in the pipeline…. yes- one with BONA, a second for which there are no details and a third – a full-blown Gospel album that is dedicated to his mother. Official spokespeople refuse to confirm or deny any of these rumours…. as ever with STEVIE WONDER releases it’s the same old same old – wait and see!