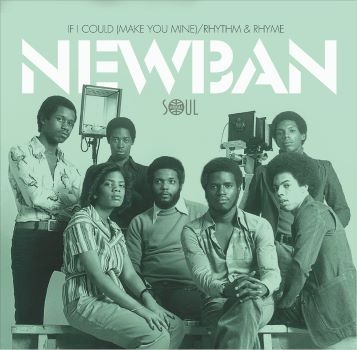 Before there was ATLANTIC STARR, there was band called NEWBAN. The septet came together at Woodland High School, New York and, fired with enthusiasm, they soon started gigging around the local area. They came to the attention of studio engineer Malcolm Addley who got them into the studio in mid-1974 to cut some tracks. Not too much came of the  recordings till 1977 when the oddly named Guiness label got hold of them. Music anoraks will know that Guiness (the label, not the beer!) had a dubious provenance, tied up with dodgy businessmen dodging tax! With no promotion Guiness issued two albums on Newban, imaginatively titled ‘Newban; and ‘Newban 2’. Surprise, surprise they bombed – but (more surprise!) they became collectable and were actually reissued by bbe in 2012.

After the failure of their music, Newban relocated to L.A. where they signed to A&M Records – then headed up by Herb Alpert who wisely suggested a name change  – to Atlantic Starr, and the rest….

Fast forward to now and classy reissue label, SOUL4REAL has licensed two of those aforementioned Newban tracks to create a lovely new 7”. The A side is a punchy, brassy ‘If I Could Make You Mine’ . Very much of its time, it has a real charm and a jazzy undertow. The B side is a gentler ‘Rhythm And Rhyme’ – again another sweet and charming time piece with lovely, jazzy  trumpet breaks à la Donald Byrd. The disc is available to pre-order now. More info @ https://www.soul4real.es/